Neerlandia Co-op is here to serve our members with products and services that help build, feed and fuel individuals and communities. We are a different kind of business; being member-owned means that any profits are returned to our members and stay in the local economy. We live where you live, work where you work and help grow the economy right here. We are your neighbors, and we make sustainable investments in the communities we share.

Co-operatives have a long history of serving members in Western Canada. In the early 20th century, people worked together to create retail co-operatives in many towns in the four western Canadian provinces (Manitoba, Saskatchewan, Alberta and British Columbia).

June 30, 1922 marks the date that the Neerlandia Co-operative Association was officially incorporated. 95 years have passed since approximately 39 settlers decided to co-operate and start a business that could supply them with the basic necessities of life. We wonder if any of those early settlers ever imagined that the co-operative they started would become the thriving business it is today. 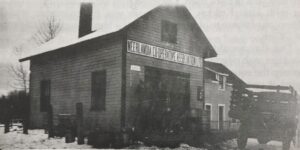 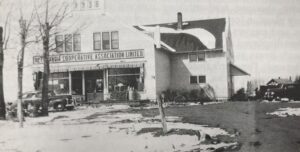 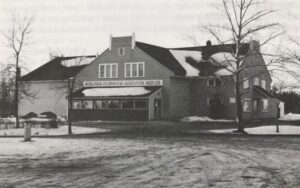 In June 2013, a fire took down the Home & Farm Center section of Neerlandia Co-op. We didn’t let that stop us! Within a month of the fire we were up and running in the old Service Center, doing our best to serve the community. Our new Home Center location opened March 13, 2015 and we are getting settled in and look forward to a long future there! In the Spring of 2016 a new chapter of the Neerlandia Coop began. The new food store, liquor store and restaurant opened attached to the home center. All of the services that we offer to our customers are now based in one convenient location and we look forward to serving our customers and the communities that they call home for many years to come!

We pride ourselves on our customer service and invite you to visit our location. When you visit, we strive to make you to feel like “You’re at home here.”

We care about the community.

Being part of the Cooperative retailing system (CRS) gives us the unique opportunity to also contribute to people and their communities across western Canada. We are proud to partner with the CRS and FCL to be involved and contribute to many important ventures and campaigns. One of the unique ways that Coop contributes to communities is through our Coop Community spaces fund. Community spaces was developed to help protect, beautify and improve your spaces across western Canada.

Coop membership offers you a lifetime of rewards including annual cash back and an equity account that grows over time. This makes Neerlandia Coop a different kind of business, our profits are your profits and they are invested back into the community through you.